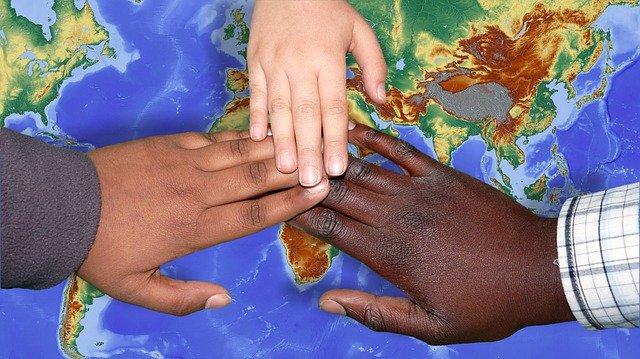 In October 2009, the 49th Directing Council of the Pan American Health Organization (PAHO) approved the resolution “Integrated Networks of Health Services based on Primary Health Care” (IHSDN). The approval of this resolution formalized the commitment of the countries of the Americas to advance in the creation, development, and strengthening of IHSDNs in the Region, and constitutes until today a cooperation mandate for PAHO.

The resolution was accompanied by an important position paper called “Integrated Health Services Networks. Concepts, policy options and roadmap” published in May 2010. This document provided an action guide to implement the IHSDN, including a new definition of fourteen attributes grouped into four categories (care model, governance and strategy, organization and management, and allocation and incentives) to be met by integrated service networks. The importance of this is that the attributes offered leaders, managers, researchers, and those interested in general in this matter, a clear operational platform to drive the initiative, as well as a framework to evaluate progress.

The IHSDN initiative is conceptually and strategically framed in the “Primary Health Care Strategy (PHC)”, formally launched at the Alma Ata meeting in 1978 and continued until today with minimal adjustments. Among the most notable milestones of progress, it is worth mentioning the 2007 PHC Renewal Process in the Americas, the 2008 Report of the World Health Organization on PHC and the Astana Summit meeting on PHC in 2018. The IHSDN put the focus on an essential component of PHC, the need to guarantee continuous, comprehensive and coordinated care services between different points and levels of care.

The idea of organizing health services in a network is not new in the Americas. In fact, PAHO itself proposed in the 1990s the creation of Local Health Systems (SILOS), an initiative that can be considered a forerunner to IHSDN. When the IHSDN initiative was launched, the health systems that had made the greatest progress in universalizing access had an advantage to develop the IHSDN. This is the case of countries with single or integrated public systems, in which IHSDN are an almost functional component.

When the resolution was approved, a clear majority of the Region's health systems shared the evil of segmentation and fragmentation, a condition that significantly makes it difficult to achieve the ideals of universal access, equity, and comprehensive care. Population segmentation according to ability to pay or by insertion in the labor market, through subsystems with different sources and financing arrangements as a reflection of social segmentation. Fragmentation due to the coexistence in the territory of infrastructure and capacities of various health sub-systems without coordination and much less integration between them, increasing duplication and transaction costs, and generating different types and quality of benefits.

Ten years after the launch of the initiative, progress is very limited. Although to date there is no regional evaluation nor have national evaluations been formally carried out, through evaluative exercises and published experiences, as well as personal communications from experts and colleagues, an overview of the landscape of IHSDN in the region is possible.

Some countries have implemented networks between providers of the Ministry of Health, others between different providers in the public sector through coordination arrangements and cross-payments, others have opted for thematic networks.

Very little progress has been made in reducing the segmentation of the population in the public health sector in the Americas.

The real integration between government health services and social security, the two major service providers in this sector, is a task that requires national political agreements. It has only been achieved in Brazil with the creation of the Single Health System, in Costa Rica with the integration of services between the Ministry of Health and the Costa Rican Social Security Fund, and recently in Uruguay with the creation of the National Integrated Health System.

Other countries have managed to coordinate actions and complement each other in the provision of services, positive but generally fragile arrangements that do not meet most of the attributes of the IHSDN. Much less progress has been made in creating integrated networks with the private for-profit or non-profit sector.

Nor has it been possible to overcome fragmentation, among other reasons due to the difficulties generated by the autonomy of the subnational political-administrative spheres in federal countries, and due to decentralization processes from perspectives other than health in unitary countries. However, in several countries there have been successful experiences of networking at the subnational level. Some have been organized in border territories coordinating services from several countries, although not necessarily integrated under a single command and management. Examples of IHSDN that contemplate all levels of attention and technological complexity and all the providers present in a territory are few or none. Issues such as governance, financing and human resources generate stress and limit the chances of success in these experiences.

Why no significant advances have been made in the implementation of IHSDN? Is the proposal utopian? Is it counterproductive or too ambitious?

Despite its advantages from a theoretical or academic point of view, in practice the proposal has not counted on the real will of political actors and managers, not to mention the population, who are usually left out of these initiatives. Those who best understand the value of IHSDN are PHC professionals and family health teams, who do not always have a decisive weight in the power balances of health systems. At least that seems to prove the stubborn reality.

It seems a good way to shift the focus of attention to strengthening the first level of care. Strengthen their capacity to face and solve individual and collective health problems, and to act as a gateway to the network. Provide resources to coordinate with the other levels and strengthen its acceptance and legitimacy in the community. Advances in telemedicine, electronic medical records, computerization of management, and other tools provided by the Internet are valuable and increasingly available resources.

The COVID-19 pandemic has left us some experiences that we must study. At the beginning, some countries opted to shift PHC resources to the second or third level. Few placed PHC at the center of the response. As the days go by, almost all the countries have rescued the role of PHC in their field of action. Functional networks between levels of care, previously non-existent, appeared due to the need to care for suspects, cases and patients. As is almost always the case, emergencies produce solutions and mobilize resources.

The response to COVID-19 offers us an opportunity to rethink things, see what worked and what did not. Come back to IHSDN from the perspective of what has been learned from the pandemic. It is like creating desire paths from the shortcuts that we make in the grass to move around our neighborhood, trails that become main roads.

Comments are welcome. The blog owner is not responsible for the content in comments and reserves the right to edit or delete any comments submitted to the blog without notice.